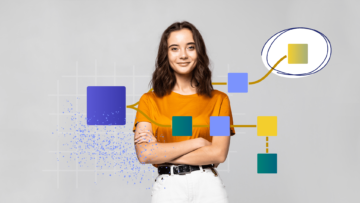 Welcome to the final piece of our Conversation Designer 101 Series. The first article focused on the anticipated shift from graphical user interfaces to VUIs. In the second one, we talked about how the growth of e-Commerce and self-service influence the demand for conversation designers.

So by now, we’ve told you that conversation designers are important and will become even more critical in the coming years, but what do they actually do? This is what you’ll learn from this text.

What does a Conversation Designer do?

We’ve decided that our Conversation Designer Lead, Daria Pszenna, is the best person to answer this question. But being a wise person, she gave the smartest possible answer “It depends.” She has a very pragmatic approach to the blend we are going to present below ( and it’s the attitude we share at Talkie). She believes the real purpose of the voicebot is to be valuable for the client. And it’s the conversation designer’s job to deliver this value.

Let’s have a quick look at the areas covered by the conversation designer expertise. The blend might be different for different projects, but the key competencies remain the same.

UX (user experience) design is about providing users with convenient and intuitive interfaces. UX designers put themselves in the customers’ shoes to adjust every element of the project to their needs.

No wonder UX design constitutes a vital part of conversation design. One might argue that in voice interfaces, conversation design equals UX design. The most important facet of designing a conversation lies somewhere between UX and copywriting – it’s about how much information should be given to the user in each interaction. The conversation cannot be scrolled up to check what was said before. Clear communication is a must for a user to be satisfied with the exchange.

Are VUI Designers Copywriters too?

Traditional copywriting is about writing compelling texts for the business. When it comes to conversation design, copywriting is a matter of being particularly observant about the language. The scripts conversation designers prepare don’t have to be written in the perfect language. In fact, they shouldn’t sound as if they have been pre-written at all.

It’s the conversation designer’s job to make the bot sound as familiar and human as possible. Bots can even use slang or professional jargon if it’s beneficial for the client. Nevertheless, scripts for bots should be written with the same approach as copywriting. They should serve the business goals of the bot’s owner.

AI or bot training is often viewed as the most technical part of the conversation designer’s job. Is it really the case?

In conversation designer’s work training AI means understanding user intentions, finding key phrases that correspond to them, and then choosing the right content to feed the algorithm. In other words, unlike what one might think, conversation designers don’t do programming. What they do is fill in the model of the bot with the right content for it to recognize users’ intentions.

What’s important, the process of training the bot is not over once the bot is deployed. The bot is retrained with the data from actual interactions over time to help it serve its purpose even better.

Sometimes, the conversation designer’s duty is to remind clients what can and cannot (yet) be achieved with a bot. At Talkie.ai, we believe that our clients know their customer’s needs best; however, we are always more than happy to advise on what can be improved.

At the kick-off phase of the project, conversation designers help collect business requirements and translate them into actionable tasks. They can also suggest solutions clients are not aware of.

Who is the perfect Conversation Designer?

Given the above, who is a perfect conversation designer? Let us once again give voice to our Conversation Designer Lead, Daria:

“The ideal conversation designer is a curious discoverer who enjoys taming chaos. It‘s essential for them to feel confident when facing uncertainty and novelties.”

A good conversation designer is not afraid to experiment in pursuit of the best script to match the client’s needs. After all, just like in real-life conversations, breaking some rules can lead to better results than following them toe-to-toe.

The work of a conversation designer is also about finding patterns in the chaos of human interactions. It’s only after you familiarize yourself with actual conversations that you are able to design a script that can attempt to replace them. It’s essential that the conversation designer is keen on solving logic puzzles. It’s oftentimes that they need to build a big picture in order to, later on, deconstruct it into smaller pieces that can be predicted and scripted.

Writing scripts for bots’ conversations is a relatively new area; that’s why there is no perfect background that a conversation designer should have. It’s rather about having particular character traits and focus and not the proper education in some field.

That’s why a career in conversation design is perfect for those who don’t see themselves stuck in just one category like technical or non-technical. In this position, the more open and interdisciplinary you are, the better.

A good conversation designer is:

Additionally, people wishing to start their career in conversation design must not be afraid of technology. They are going to work along with the technical team. And last but not least, conversation designers have to understand other people. Designing a conversation depends on the designer’s ability to predict users’ needs and behaviors.

Interestingly enough, conversation design may be an attractive career opportunity for non-English speakers. Obviously, people want to be able to have a conversation with a bot in their native language. In 2020 English speakers still constitute almost 26% of all Internet users, but the numbers for other languages are rapidly growing.

How do we look for ones to join our team?

Does this sound like you? Would you be willing to pursue a career as a conversation designer? In this paragraph, you can find a short description of the recruitment task we have at Talkie.

We ask our candidates to design a bot. One might say that this task is pretty demanding, but it mirrors the steps for real projects. Let’s take a look at them.

Before conversation designers write any scripts, they need to understand what clients expect from the bot. At this stage, it’s essential to ask the right questions and obtain as much information as possible. The more you know, the better your bot can serve the end-users.

Once you’ve analyzed the information from the client, you are ready to decide on the right bot’s persona. Should the bot be friendly, informative, chatty? It all depends on the business goals and needs it has to serve. Your job as a future conversation designer is to understand them and adjust your bot accordingly.

When you know who your bot is, it’s time to prepare its interaction with the users. We ask you to draft some basic scripts to show us the way you think about human-machine interaction.

The final step is verification. We will ask you to prepare rules to verify your bot’s behavior. What are the success factors? How would you know the bot is performing well? Those questions are essential to verify any real-life project.

Completing this task gives us an idea about the way you work, and you can decide if conversation design is really what you want to do.

Conversation design is an exciting new career field. In the coming years, the growth in the popularity of voice user interfaces will drive the demand for conversation designers. Right now, there are not a lot of qualified specialists on the market.

If you are looking for a new career and you’re comfortable with exploring new technologies, conversation design might be a perfect choice for you.

If you are a business owner, now may be the perfect time to hire a conversation designer or outsource building a voice solution. You can take advantage of being a pioneer in the field and be ready for an expanding voice market.

Find out more about conversational AI 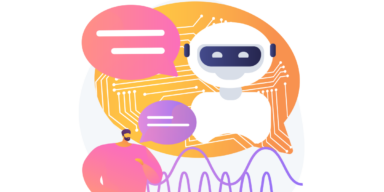 What is Botsanality: the Definition of Bot Personality

How to give a bot personality? Does it need it at all? Should it be more funny or official, more emotional or dehumanized? Which personality will best suit your business? The... 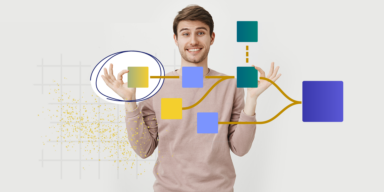 Voice technologies are replacing graphical interfaces. Who are the professionals behind voice and conversation design? Find out...