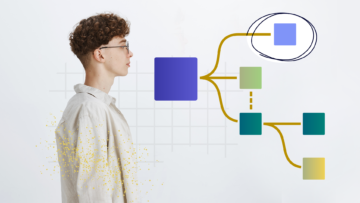 The above question is not commonly asked. We are more used to dramatic headlines stating that artificial intelligence is destroying the job market. Hence most people seem to think that AI is something they have to fear.

Since conversational AI is the core of our business, we are not very happy about this belief. So we decided to take a closer look at the data. And this is what we’ve discovered.

In 2022 there will be more than 500 thousand jobs created by AI. Pretty impressive, isn’t it?

First of all, we must say that artificial intelligence is not something that belongs to the future anymore. It’s already here. And it’s vastly used across many industries to enhance the customer experience. The shops that seem to know what you like – that’s AI. Algorithms that recognize photos – that’s AI. Finally, the growing number of voice assistants – that’s also AI.

All of the above implementations need to be created, programmed, and scripted. So when we were thinking about those jobs created by the popularization of artificial intelligence, we realized that we already have them at Talkie.ai.

Conversation Designers – Who are They?

So who are the people who train AI? They are called conversation designers. Their role didn’t exist a few years back, and now they are an indispensable part of our team. They are the people giving voice bots a personality or botsanality. The demand for their work was created by the growing popularity of AI. We would like you to understand their jobs better. That’s why we’ve prepared a series of three articles talking about their role and their influence over the industry.

The first piece is going to tackle the anticipated shift from graphical UIs to voice-based ones as a possibility to address a new customer base. We think that the changes accelerated by the pandemic will result in the broader use of voice-based solutions. Especially in the view of the fact that voice is humans’ primary means of communication.

In the second piece, we will handle the issue of the growing demand for conversation designers. In the rapidly increasing eCommerce market and the popularity of solutions based on voice, it’s evident that most companies will look for specialists capable of designing coherent user experiences across different channels with special emphasis on voice (and chat) bots.

#3 The Work of the Conversation Designer

We invite you to discover the backstage of the work of the conversation designers with us and learn how their work can relate to your business. Stay tuned for following pieces.

Find out more about conversational AI 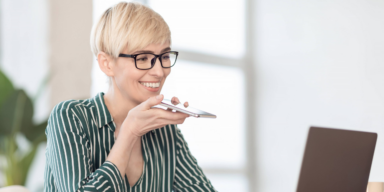 What is conversational AI – Definition, Benefits and Use Cases 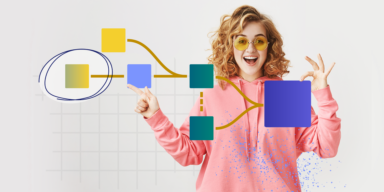 Graphical vs Voice interfaces - what opportunities are there behind the transition from the former toward the latter. Find out...